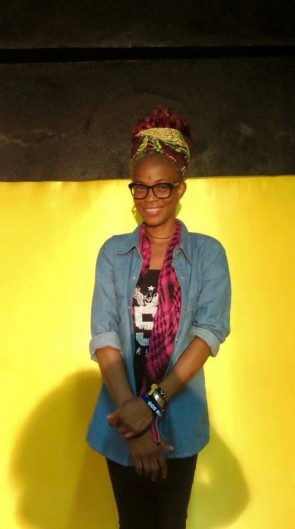 This is the final letter from Fanta Camara in Sierra Leone.

She was supported by ZIKOMO to study Computer Science but during the Ebola crisis universities and schools of Sierra Leone were closed for more than a year. Fanta could not continue with her studies but decided to focus on her musical and acting career instead. She is now very successfull!! But read yourself… and watch one of her music videos.

We are very proud of you Fanta and wish you all the best for her future steps! Stay a strong role model for girls and keep advocating for women’s rights!

„Dear ZIKOMO team and donors,
after a while, I took a decision. I didn’t know where to start… since the Ebola outbreak in my country when I had to stop school because of the epidemic as a matter of fact all schools and most offices were shut down. I took up my music career and started campaigning to people about the preventive measures which helped a lot in my community and elsewhere. Since then music has been going on well, I’ve been able to take care of me and my family. I’ve won seven awards so far. I’d like to continue my school (degree) sometime in the future but for now I want to focus on my music because it helps me and my family but the only problem I’m having now is that, I’m trying to set up a musical band (with the band it means more income for me and my family). But for now I’m still struggling with my project.
I’m forever grateful to ZIKOMO for the opportunity which it gave me in learning computer science because what I learnt in college has been so much instrumental to my music, I make my own flyers for my shows and music, it helps in producing music and if of course made me impeccable with social media and networking. I’d love to do a degree in music to help me gain more skills and even producing my own music.