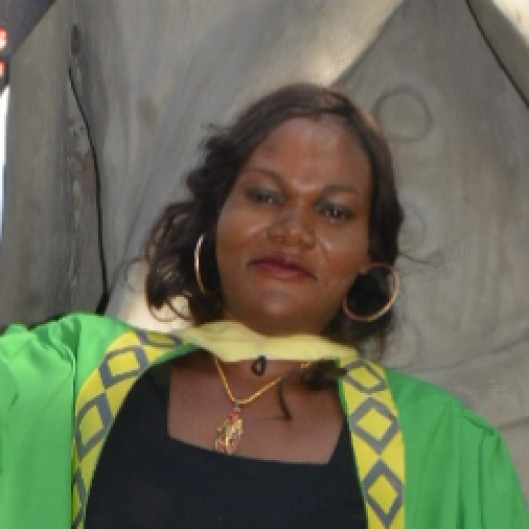 Title of study: Bachelor of Arts in Education

Dear ZIKOMO,
It is truly like a dream but it is a reality, it is done, not reversible. Coming from the humble background of being called untrained teacher at a community school, now to be called a graduate from the highest institution of learning in the land, which is the University of Zambia. Indeed, where there is a will, there is way. I have been teaching at a community school for fourteen years now, I joined the same school after completing my senior secondary school in 1998, I then started pursuing some courses in teaching, I started with the Primary school teaching course with the Islamic institution and it was through distance, this was a two year course and upon completion, I graduated with a distinction, I was the best student for the intake. I did not manage to take up the full time course due to lack of money, I had to find some piece of work (voluntary teaching) and doing teaching evening classes to raise a bit of money to pay for the tuition fees at college, the priest in charge of the community school was also assisting me with some funds before he was transferred to another Parish.
I completed the primary course in 2005. In the same year, I registered for a diploma program at the National In-service Teachers Training College through distance. This was a three year course and I graduated in 2008 with a merit. In 2009, I applied for a degree course the University of Zambia to study Bachelor of Arts with education, I was selected the same year and started the program in 2009, and it was a six year program under distance, I persuaded the program and in my second year, I attempted to get over loads in terms of course in order to cut down on the years of study, I did that and I cleared the courses which made the senate to transfer me from distance to full time, I was transferred to full time in 2012. I continued with my studies despite facing many challenges interms of University fees, and other University requisites, though well wishers were helping me, still it was hard because the fees charged are quiet exorbitant which makes it for many Zambians to enter University . I was as well almost felling to pay the fees, and many thanks to Zikomo.
As the saying goes, where there is a will there is the way, many thanks to Zikomo who came to my aid and paid the remaining fees for the third and fourth year and other necessities up to the graduation day. Many thanks for the support, Zikomo came at the time when it becoming Crosio for me, as the saying goes, the last minute is always dangerous, and it was truly becoming dangerous because I do not know the next step towards payment of the fees because, I had arrears for the third year which were accrued to the fourth year, it truly Zikomo, in my mother tongue, we use the same phrase “zikomo” meaning thank you. Am a graduate now and am the good example in my community despite be a wife and a mother, still I have managed to get want I really wanted in life, determination and resilience is the most important thing in one’s life, only the sky is the limit.
Cecilia Chulu